Using System Centre Configuration Manager with SP1 when attempting to add the Windows 7 with SP1 boot image "boot.wim" from the sources folder on a Windows 7 media which was copied to my SCCM server, I received the following error:

When researching the error, this error is usually experienced when a custom boot image is made with custom drivers usually using third party tools other then the Windows Automated Installation Kit (WAIK) DISM.exe tool provided by Microsoft.  However this was not the case, I was just trying to upload the default boot.wim from a Windows 7 media. 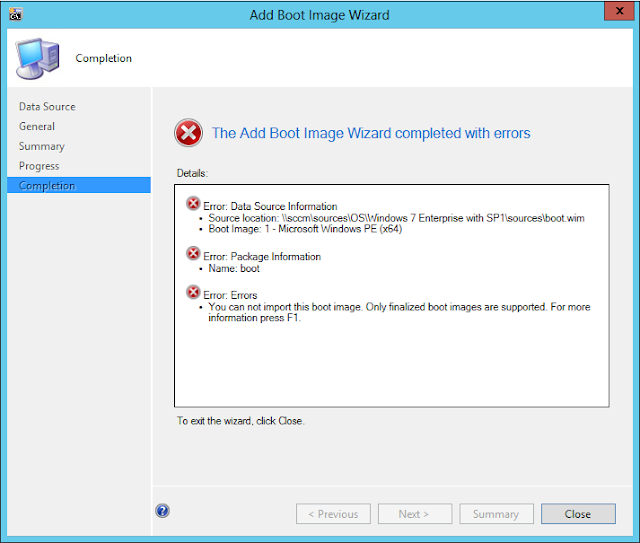 After a good 10 minutes of digging I found a post on the Windows Noob forums by bennettjd which mentions System Centre Configuration Manager with SP1 does not support Windows 7 boot images - only Windows 8.

After trying again with a Windows 8 boot image, it worked successfully. 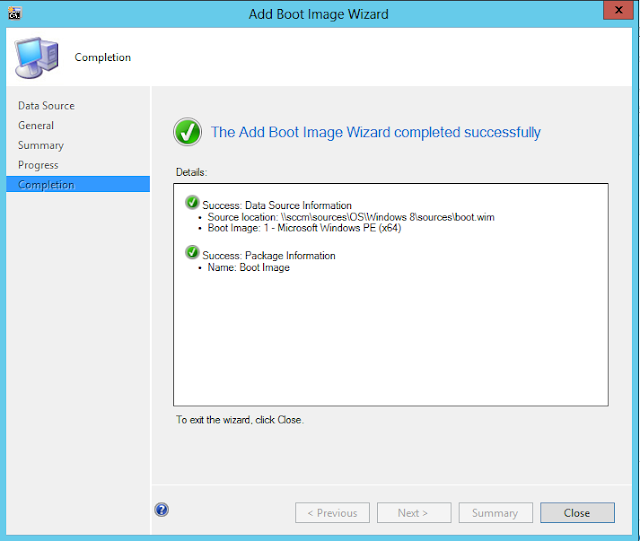 Hope this post helps you if you got caught out on this like me!
Posted by Clint Boessen at 9:25 PM