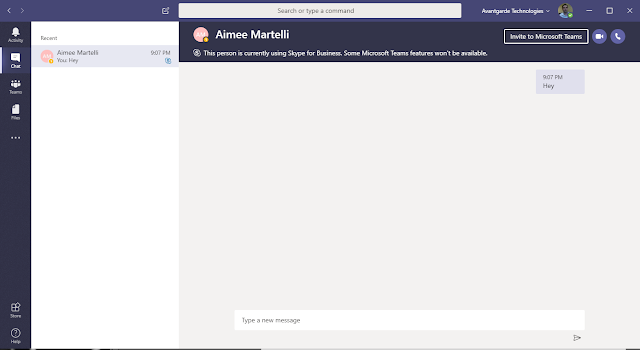 Whilst Microsoft Teams is some cool software, one thing which I have always liked in the IT world is freedom, the ability to have the option to choose the best tool for the task.  I personally don't like being forced to use a product or solution which is the new flavour of the month.  Nor do I like how some companies are forcing companies to adopt a cloud solution when not all businesses want to store intellectual property in a public datacentre for various business reasons.  All businesses should have the freedom to adopt technology as they feel fit.
Posted by Clint Boessen at 6:34 AM No comments: