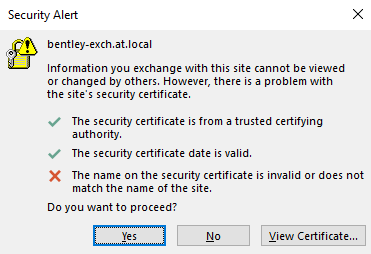 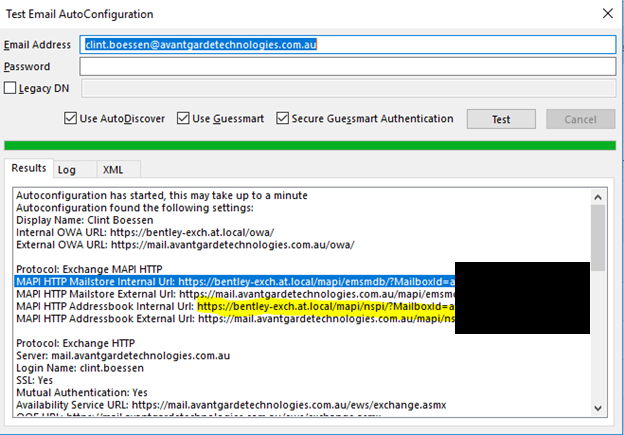 See the issue?
Make sure you plan for this in your Exchange 2016 rollout.  Let users know in advance to ignore the certificate warning which will be displayed after the first Exchange 2016 server is built.  This will reduce the load on your companies service desk.
Posted by Clint Boessen at 8:17 AM 1 comment:

The local administrator account resides on every Windows Server and is usually in an enabled state.  This account is a major security vulnerability and is commonly prone to hacking attempts.

"The built-in Administrator account cannot be locked out no matter how many failed logons it accrues, which makes it a prime target for brute-force attacks that attempt to guess passwords. Also, this account has a well-known security identifier (SID), and there are non-Microsoft tools that allow authentication by using the SID rather than the account name. Therefore, even if you rename the Administrator account, an attacker could launch a brute-force attack by using the SID to log on. All other accounts that are members of the Administrator's group have the safeguard of locking out the account if the number of failed logons exceeds its configured maximum."