Cached Exchange Mode is the process of when 2003/2007/2010 downloading a copy of the users mailbox and storing it locally on their workstation. This means all emails opened by the user from there onwards does not hit the Exchange servers significantly reducing load.

Many clients however still disabled cached Exchange mode on their users workstations. When asking them "why", their answer is always:

Because we need the user can access the most updated address book when they click the global address book.

If your company has this requirement this doesn't mean you need to disable Cached Exchange Mode. You can configure a registry key on your clients to simply keep the address book in online mode.

Generally the only time you want to disable cached exchange mode is if your users run on a terminal services or Citrix shared environment where you do not want a copy of EVERY users mailbox downloaded and stored locally on the terminal server!
Posted by Clint Boessen at 10:15 PM 7 comments:

Outlook does not Redirect to Exchange 2010 SP1 CAS Array

Outlook 2003, 2007 and 2010 will still points at the mailbox "Ex2010.domain.local", it will not automatically update and point at "CASArray01.domain.local". This is because the RPC CA service doesn't respond with a "ecWrongServer" like previous versions of Exchange did.

Microsoft is aware of this issue however their is no easy resolution in terms of a little code tweak.

How do I prevent this from happening:

Microsoft has been telling customers for a long time to always create a CAS Array even if they have one server - they need a one server array. If all servers single servers were setup in an Array from the beginning this problem would not exist.

Is there a way to force all Outlook clients to automatically perform a full re-autodiscover and attach to the new server?

This however is generally impractical especially when you want to stage your mailbox move slowly instead of attempt the big bang approach where all mailboxes are moved in one hit. For small server migrations this is a workable solution.

Is there another work around other then removing a Host A record from DNS?

Yes - create a PRF (Outlook Profile) configuration file to automatically update Outlook to point to the new server. You will need to script this out to ensure it automatically runs on all workstations.

Please look at this article for information on pushing these settings via Group Policy or Script:

An IIS directory entry couldn't be created. The error message is Access is denied.

Today while building a new Exchange 2010 environment I noticed a problem where Exchange servers were able to access themselves but not other Exchange 2010 servers in the same organisation.

The error I received when my powershell attempted to connect to another Exchange 2010 server was:

The problem was the Microsoft Exchange Security Groups\Exchange Trusted Subsystem group was no longer a member of the local admins on the Exchange 2010 servers. The customer was setting local admin on servers via Group Policy. When policy refreshed it removed any Exchange 2010 specific groups from the local administrators.
Posted by Clint Boessen at 10:22 PM 1 comment:

Beware of user account control (UAC) when installing update rollups for Microsoft Exchange 2007/2010. It will cause your update to fail!

If you get the following error it is most likely because of UAC.

Setup Wizard for Update Rollup 5 for Exchange Server 2010 Service Pack 1 (KB2582113) ended prematurely because of an error. Your system has not been modified. To install this program at a later time, please run the installation again. 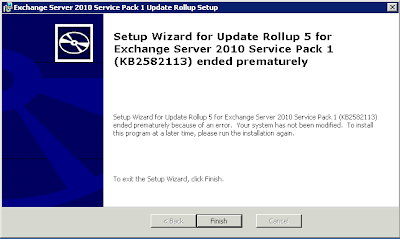 So what is an easy way to install the update without having to turn UAC off? Run a command prompt as administrator and launch the msp from command line.

Posted by Clint Boessen at 6:48 PM No comments:

Do I need to install update rollups in order for Exchange 2010?

Do we need to install Update Rollups 1 through to 5 in order?

You only need to install the latest service pack followed by the latest update rollup.

For a list of update rollups and build numbers please see the following link:

One of my customers has just finished migrating their user mailboxes from Exchange 2003 to Exchange 2010. After the migration of users my customer experienced a weird NDR (Non-Deliverable Report). This NDR was generated when an Exchange 2010 mailbox user emailed a mail enabled distribution groups containing a mail enabled contact object in Active Directory.

This problem only occured for a select few distribution groups. The NDR received was:

To view if your group has an expansion server configured, go to the properties of the distribution group in Exchange Management Console and click the Advanced tab. 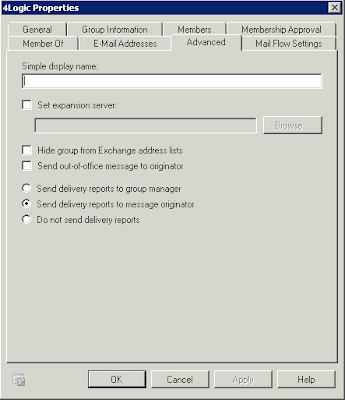 To view if any of your other distribution groups have expansion servers configured for Exchange 2003, use the following powershell command in Exchange Management Shell.

What is an Expansion Server?

You configure which hub transport server or Exchange 2000/2003 server you wish to use as your expansion server on the distribution group.

If you do not designate a specific server as the expansion server that expands a message that is sent to a group, the first server that the message is submitted to expands the group, and then sends the message to all of the destination servers.

NOTE: There is a drawback to setting a specific server as the expansion server for a group. If that server is down, no members of the distribution group receive the message.
Posted by Clint Boessen at 10:09 PM 7 comments:

A customer of mine experienced a weird issue where they were unable to insert a page number in Microsoft Word 2007. When they went to insert page number in Word they received "Save Selection to Page Number Gallery".

On Windows XP/Server 2003 this file is located under:

I copied Building Blocks.dotx from another computer with Word 2007 installed replacing the file in my user profile. This resolved my issue.

Note: I believe that this resolution will also work for Word 2010.
Posted by Clint Boessen at 9:54 PM 14 comments:

Issue: when Outlook 2007/2010 attempts to download the offline address book via CAS Web Distribution the following error is recieved: 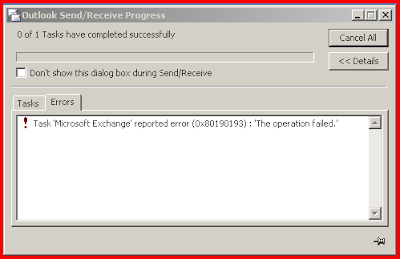 This error occurs when Outlook attempts to download the offline address book through a proxy server. This is heavily identified... please see:

In IIS7 go to the OAB Virtual Directory and click SSL Settings. 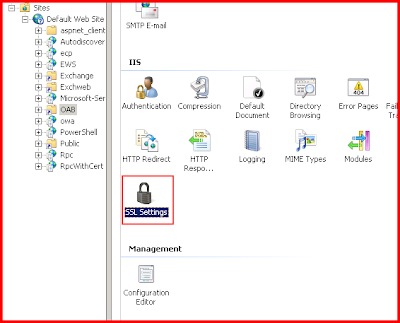 Untick Require SSL as internal clients are trying to download the OAB without SSL encryption.

Apply the settings.
Posted by Clint Boessen at 7:12 PM 4 comments:

Determine if binary is 32bit or 64bit?

Now that there are 16bit, 32bit and even 64bit binaries around for different processor and operating system platform types we need an easy method for determining which machine architecture a binary has been compiled for.

I found a neat little tool called MiTeC EXE Explorer which does exactly that and more. This tool was developed by a guy named Michal Mutl. Michal has developed all sorts of system admin tools... please visit his website at http://www.mitec.cz/.

MiTeC EXE Explorer is such a great little tool as it does not require installing, its a portable executable which can be executed on any server or workstation within your organisation. It is also completely free.

This is a third party non Microsoft tool however you can feel save executing it on your enterprise environment knowing it will not perform unknown miscellaneous activities as the tool received the Softpedia 100% clean award.

Here is a screenshot of the tool in action: 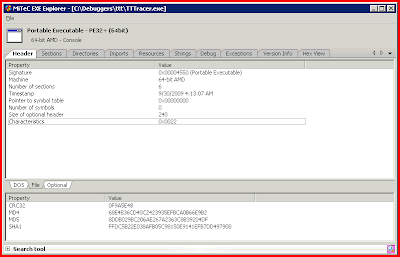 Today when working on a customers Exchange server I had an interesting problem. When I ran the Get-PublicFolderDatabase command I received the following error:

The exchange server for the database object "Public Folders" wasn't found in Active Direcoty Domain Services. The object may be corrupted. 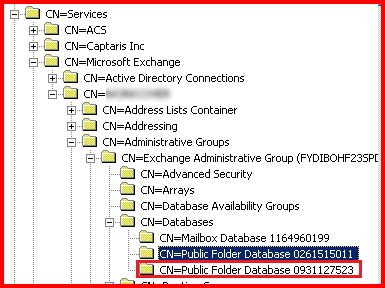