In this post I'm going to address the winload.exe 0xc000000e error when restoring an image with StorageCraft ShadowProtect Recovery Environment.  I experienced this error when attempting to restore a Windows 10 1709 image to a number of Dell workstations.

Please note this error was blogged by MVP Philip Elder.  I found however his workaround for Windows Vista modifying the boot file on the image prior to capturing did not work for Windows 10.  His original post can be found here:

Below is an error that you receive after restoring a Windows 10 image with StorageCraft ShadowProtect Recovery Environment on an MBR Disk.

File: \Windows\system32\winload.exe
Status: 0xc000000e
Info: The application or operating system couldn't be loaded because a required file is missing or contains errors. 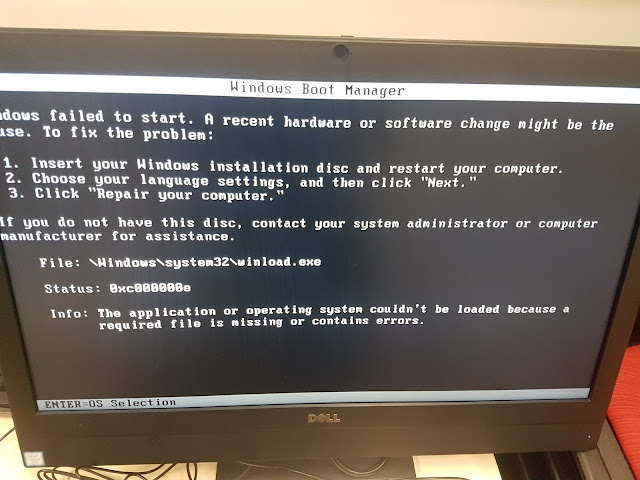 If your computer runs a Legacy BIOS, you have no option but to setup your bootable hard drive as an MBR disk.  This is because Legacy BIOS mode does not support GPT Disks for booting.  Microsoft only supports booting GPT Disks with a UEFI compabitlbe BIOS.

The Dirty Workaround for MBR Disks with Legacy BIOS

After liaising with StorageCraft support, the only way to get your restored Windows 10 image booting if you have a Legacy BIOS is to restore the MBR disk and partition.  This is done by setting up your drive which your recovering to as MBR and restoring the boot sector in the recovery image as shown below. 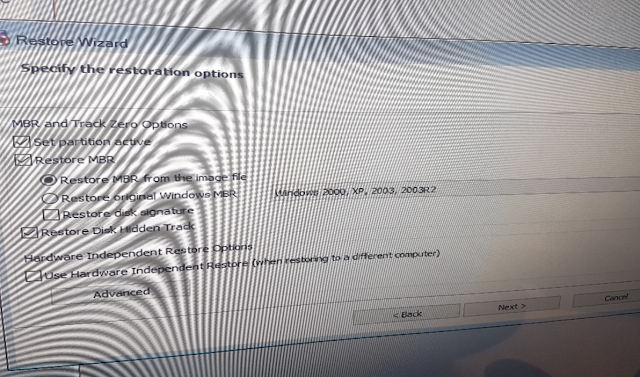 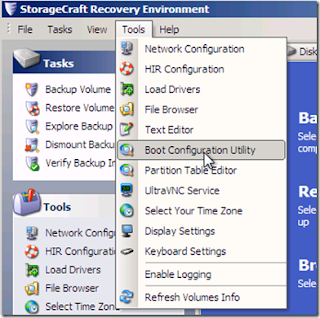 Only if your computer has a UEFI compatible BIOS (which is most modern computers these days) can you use this method.  Before proceeding with the restore, you need to configure the system as UEFI with "Secure Boot" turned off.

I have laid out the steps below for completing a Restore on a GPT disk.  First start the restore wizard in Recovery Environment. 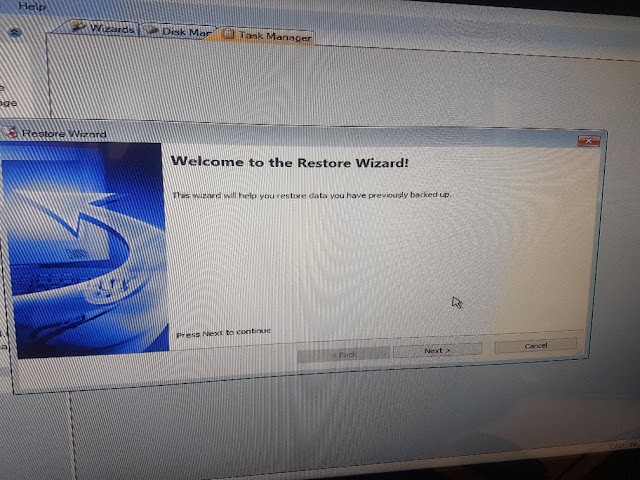 Next convert the volume to GPT Disk.  If it is already a GPT Disk, you may need to convert to MBR and then back to GPT.  This is because we want it to create the 3 required partitions for us automatically. 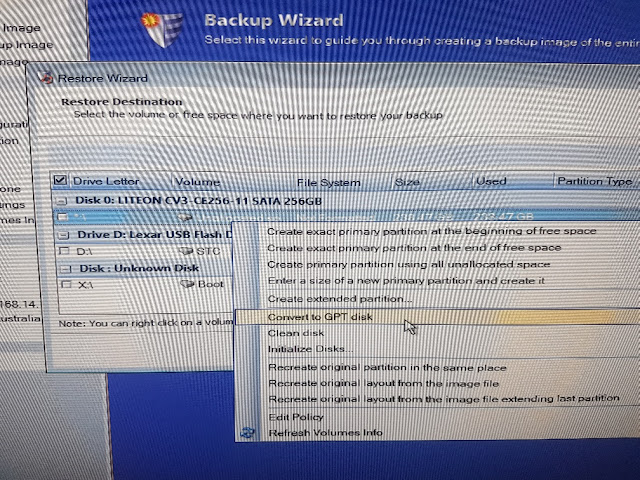 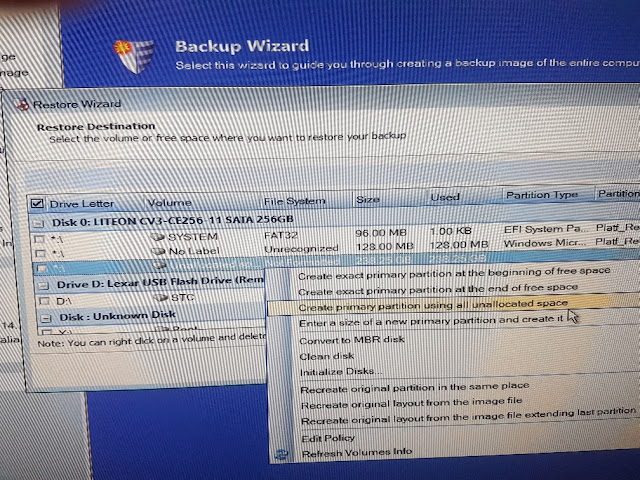 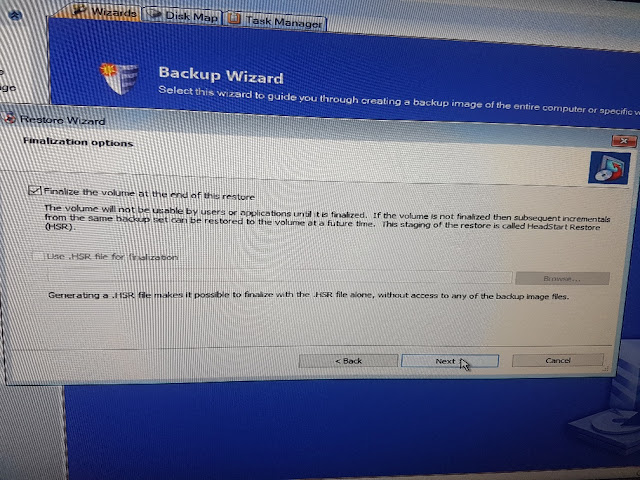 As we are not using an MBR type disk, these options are grayed out.  Simply click next. 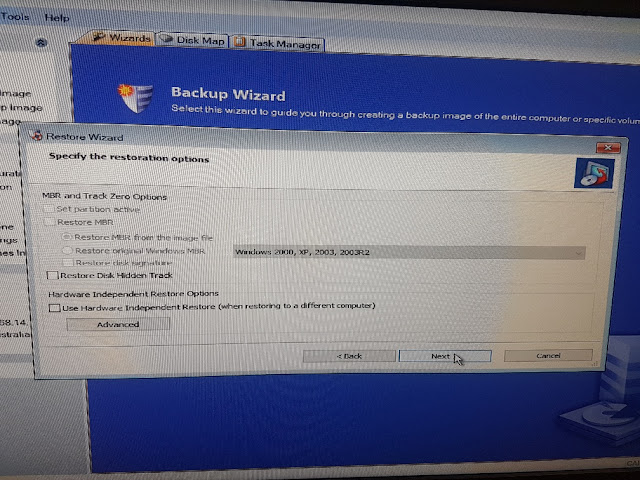 After the volume is restored, we can go to the Boot Configuration Data and see that it is in a Bootable state.  As we are using a GPT disk, we can see there is no boot loader on the hard disk.  With GPT Disks it is the UEFI BIOS responsibility to perform this functionality and boot the operating system. 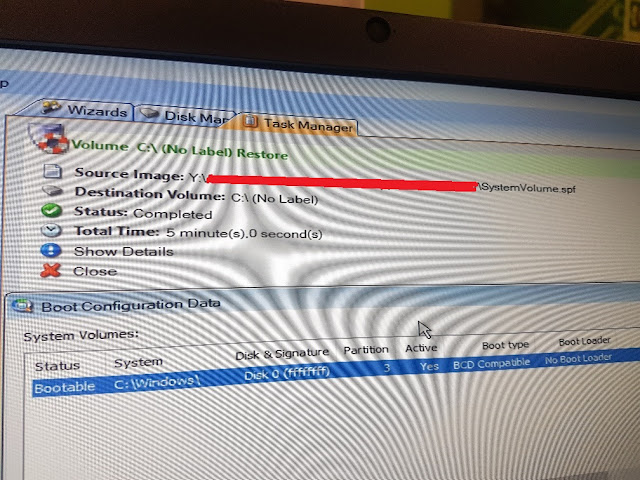 Final Thoughts
UEFI is the way things are going and there is a supported clean restore method with StorageCraft and UEFI for the latest Microsoft Operating Systems.  MBR Disks have a maximum capacity of 2TB and as Hard Drives at the time of this writing are expanding beyond 12TB in size, we will see MBR Disks becoming a thing of the past.
Many people however still utilise MBR disks for their operating system and it would be nice for StorageCraft to provide a working restore option for MBR disks on Legacy BIOS mode instead of forcing people to use a dirty workaround restoring a legacy Windows Vista boot partition onto modern operating systems.
Hope this post has been helpful.
Posted by Clint Boessen at 7:34 PM No comments: