Tonight I stumbled across what appears to be a bug/glitch with Server 2012 R2 when attempting to setup an SSTP VPN connection.  I completed the config as per MS best practice with a valid public digital certificate which I obtained from DigiCert however when I went to connect, I received the following error:

My certificate was bound to the RRAS instance correctly and TCP443 was forwarded through. 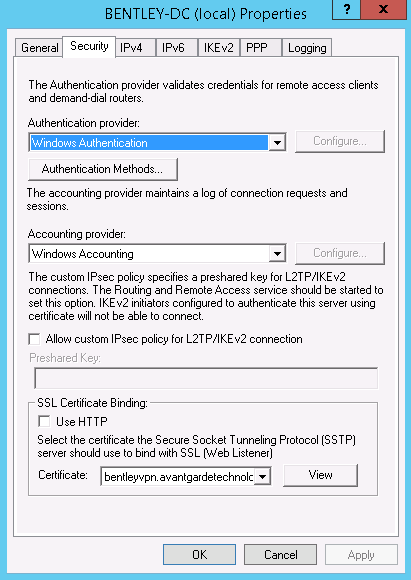 When I ran a "netsh http show ssl" however it did not show the binding, despite me configuring it in the RRAS interface and the certificate existing in the local computer certificate store with private key. 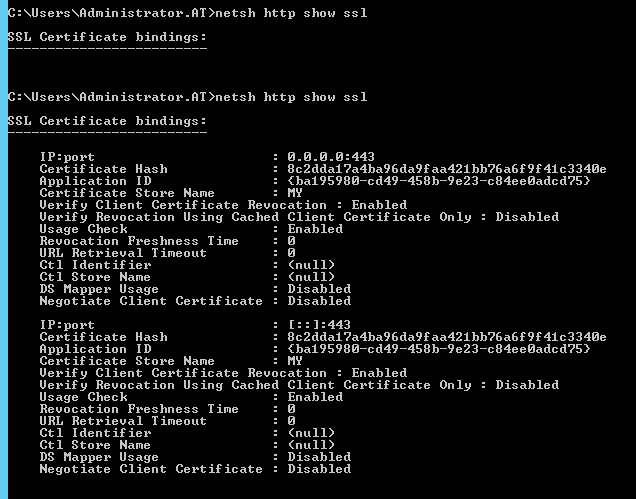 And that's why we get paid the big bucks!
Posted by Clint Boessen at 5:55 AM 125 comments:

The first step is to stop the VPN Server.  This is done by right clicking the VPN server in Routing and Remote Access and clicking "Stop" under All Tasks.  This is done because our testing tool also listens on TCP1723 so we need to ensure this port is no longer in use on the server in question. 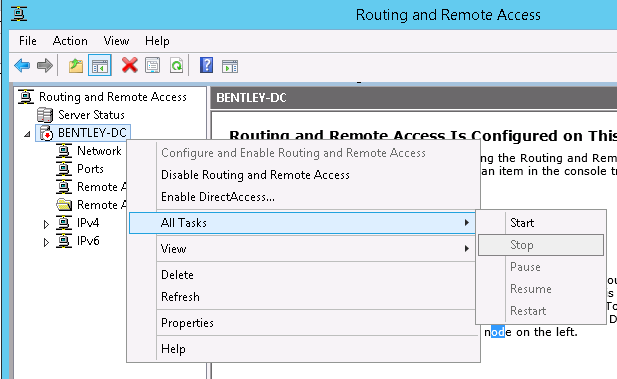 Next download our testing tools called pptpsrv.exe and pptpclnt.exe.  These tools are available in the Windows XP SP2 support tools available from the following URL:
http://www.microsoft.com/en-au/download/details.aspx?id=18546
Copy the pptpsrv.exe file to C:\Windows\System32 on your PPTP VPN Server then run it from an Administrative Command Prompt.  Ensure Windows Firewall does not block it.  Run the tool on the server and it will begin listening on TCP1723.

Next go back to the PPTP VPN Server and verify the text was received.  We can see that the VPN Server received the text "Hello this is clint" and then went onto the second test of closing down the port socket TCP1723 and beginning a socket for GRE Protocol test. 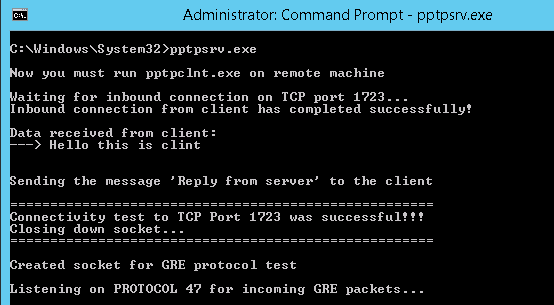 The client automatically goes on to test GRE protocol.  GRE Protocol on my local network is currently blocked by our Cisco Infrastructure (L3 Switch/Router) and as a result we get a Socket Failure error. 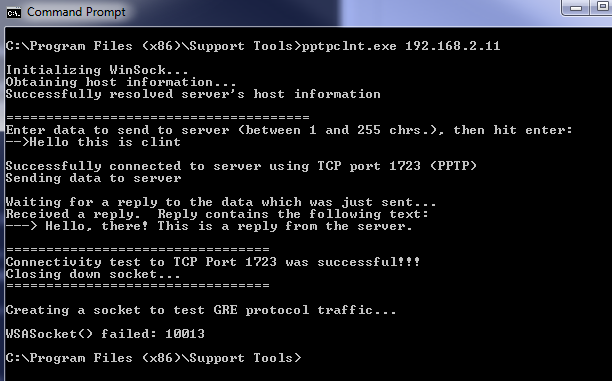 This means I need to go back to the Cisco Infrastructure, resolve this problem then test again.
Hope this post has been helpful for troubleshooting PPTP VPN servers.
Posted by Clint Boessen at 10:48 PM 2 comments:

This needs to be manually configured on each shared mailbox with the following command:

This command configures both SendOnBehalfOf and SendAs, if you only want to configure one of them, simply remove the one you want to not configure.

Also, this feature will be enabled by default on all mailboxes in Exchange 2013 CU9.  Companies will no longer need to worry, shared mailboxes will automatically receive any emails "Sent As" or "Sent on behalf as".

More information on this new feature in Exchange 2013 CU9 can be found below:

This feature was NOT enabled by Default as originally promised by Microsoft.  As a result you need to enable it on your shared mailboxes with the following commands:

After running the CU9 installation, I then needed to manually PrepareAD with the CU9 media.

After this I was able to enable the option on a shared mailbox.