Exchange Not Functional after installing Patches

We had an Exchange 2016 server running Exchange 2016 Cumulative Update 15 where as part of Windows Updates it rendered the server not functional.  The update that we installed was the Security Update for Exchange 2016 - KB4536987.

After the update, the following symptoms were experienced.

All Outlook clients received the following message when attempting to open Outlook.

Cannot start Microsoft Outlook. Cannot open the Outlook window. The set of folders cannot be opened. The attempt to log on to Microsoft Exchange has failed.

Users could log onto Outlook Web App (OWA) however could not send email.  All messages sent would go straight to Draft folder with the message:

Something went wrong and we haven't been able to send your message yet.

Attempting to connect to the SMTP service on localhost results in the SMTP Error Code "421 4.3.2 Service not active".

The Server Component States were inactive on all Exchange Services after the patch. 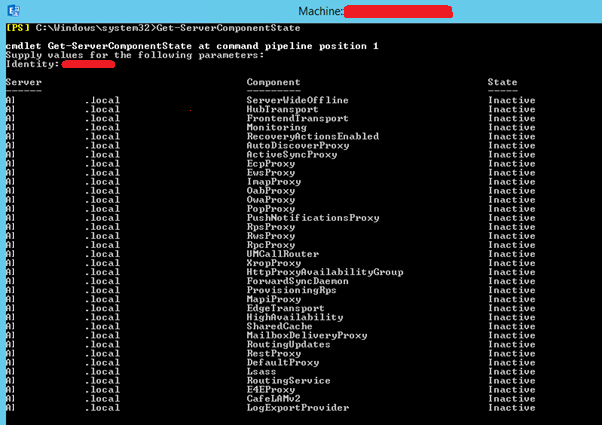 In my previous blog post, I used the following command to activate the component states.

This however did not work... All components remained in the state Inactive.

To change the component states to Active, I needed to change the requester to Functional.

Boom we were back online! 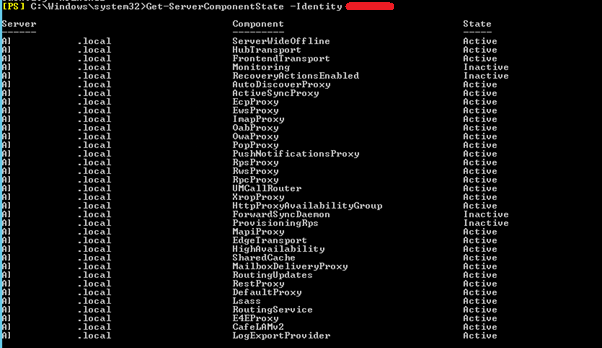 Posted by Clint Boessen at 4:07 AM