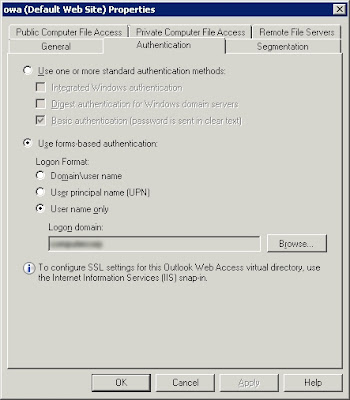 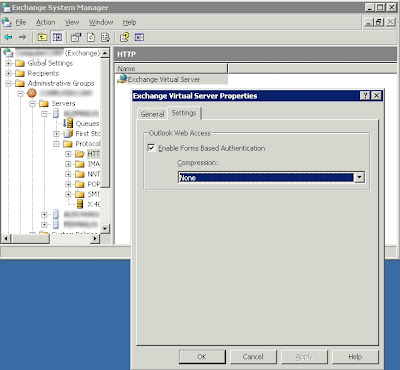 However this alone did not make the solution work. Integrated Windows Authentication needed to be enabled on the "Exchange" virtual directory in IIS. Also because exchange 2007 is already entering in the default domain name for you, in the domain box just enter a \. 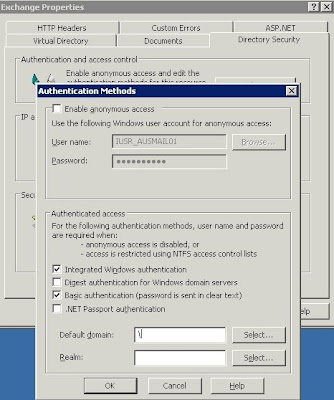 These settings allowed exchange 2003 users to login successfully by just entering their username.

However for users that have been migrated accross to an exchange 2007 mailbox server, if they go to https://yourpublicdomainname.com/exchange they need to still enter domainname\user. This is because for exchange 2007 uses /owa for its webmail instead of /exchange. However if a user does enter /exchange to access their mailbox it is smart enough to send them the right direction by using Davex.dll that redirects the users request from /exchange to /owa on the client access server. This redirection process is the part that does not support for a single username.

If users go to the correct address for exchange 2007 which is https://yourpublicdomainname.com/owa they will not have this issue and will be able to sign in using a single username.

I found this microsoft website very handy as it shows you the inside workings of OWA redirection between exchange 2000/2003 and 2007:
http://technet.microsoft.com/en-us/library/bb885041.aspx
Posted by Clint Boessen at 10:09 PM