You are able to tweak the performance of your server on a network interface to suit the servers role. Most network engineers overlook this setting - I was one of them until a colleague pointed it out. If your server is running as an IIS server you should optimise the File and Print sharing for Microsoft Networks to maximize data throughput for network applications instead of file sharing on the network interface. 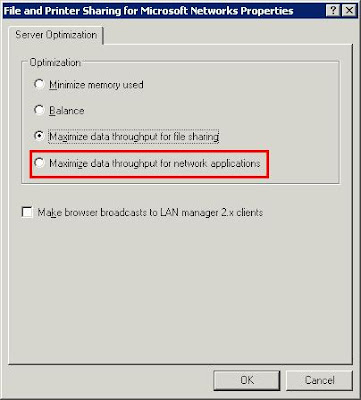 Posted by Clint Boessen at 5:53 PM