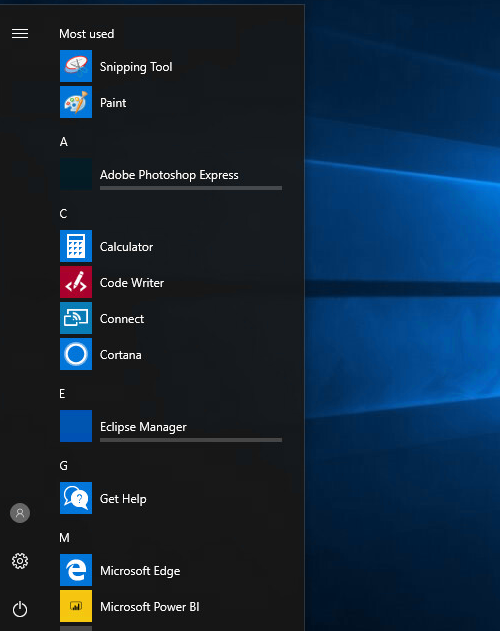 In order to remove these apps from the start menu, we first needed to add all the bloatware back with the following command:
Get-AppXPackage -AllUsers | Foreach {Add-AppxPackage -DisableDevelopmentMode -Register "$($_.InstallLocation)\AppXManifest.xml"}
Once all modern apps were in an active state, we then removed the problematic applications which we could not remove... Adobe Photoshop Express, Eclipse Manager etc.  Once they were removed we then re-ran the "Get-AppxPackage -AllUsers | Remove-AppxPackage" cmdlet.
Now they were gone.  We created a new default profile, cleaned up the image and sysprepped it for deployment.
Hope this is helpful to someone else.
Posted by Clint Boessen at 1:07 AM