The PST Capture 2.0 tool is not supported with Exchange 2013 despite being documented as supported under the following Microsoft Exchange Product Team blog post:

I logged this issue with Microsoft under a professional services support case in which Microsoft were able to reproduce the issue in their lab environment.  This issue was then escalated within Microsoft and an issue identified with the tool with no fix provided.  Microsoft explained they are under no obligation to develop a hotfix for this tool as the End User Licensing Agreement (EULA) states that the software is provided "as is" and they are not under obligation to support it should issues or bugs be flagged with the software.  This is shown in my screenshot below. 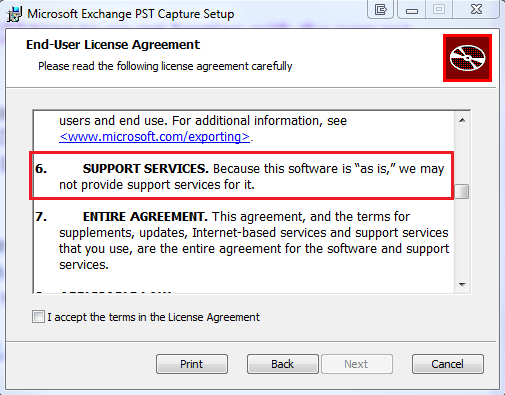 When attempting to import a mailbox with PST Capture 2.0, the following error message is flagged in the tool: 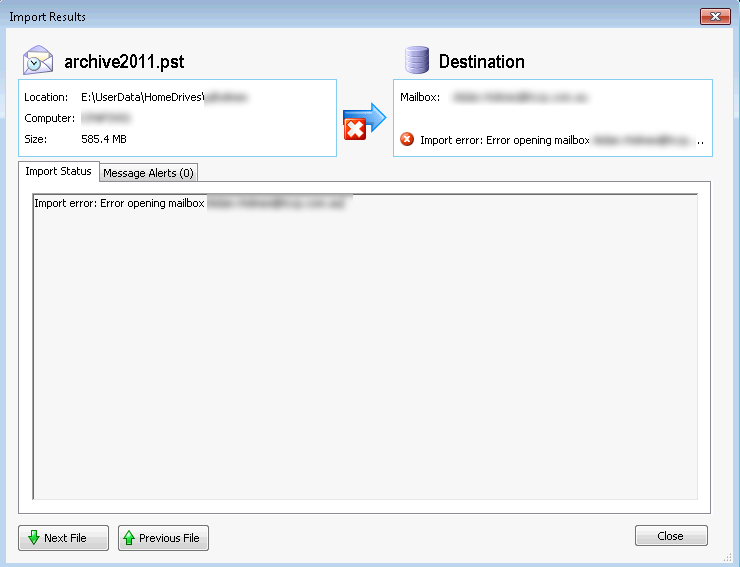 However with Exchange 2013, none of these resolve the problem.

The PST Capture tool has a more advanced logging available for errors which can be found under the following location:

The technical error which is generated when attempting to import to Exchange 2013 is as follows:

Hopefully Microsoft does get around to developing a fix/work around for this product as it will be a shame to purchase this tool from Red Gate Software and then not maintain it hence making it redundant.
Posted by Clint Boessen at 1:16 AM