Once upon a time (approximately 4 years ago) I built an SBS 2008 server for a small business,  everything worked, everything was automated and the customer was very happy.  I was engaged to build this server, deploy the workstations and setup the network infrastructure but not maintain it.  Four years later the customer tracks me down by and calls me back with a mountain of problems.  The integrator here in Perth Western Australia (which will remain nameless) turned my perfect SBS deployment into a nightmare of problems due to unexperienced engineers performing server work - something which is far to common here in Australia.

One of the problems I faced was with the Windows Software Update Services, the service which "deploys updates" to computers on the network.

I found the "Update Services" service in a disabled state, the Windows Internal Database (WID) SQL Instance was completely missing from the server.  As a result the Windows Server Update Services mmc console would simply not launch and crash.  Starting the Update Services service also did not help improve the situation due to the missing SQL WID database.

Running a "wsusutil reset" simply failed due to the lack of database!

Attempting to uninstall WSUS resulted in the following error messages:
The Windows Server Update Services 3.0 SP2 was not removed successfully because an error occurred. 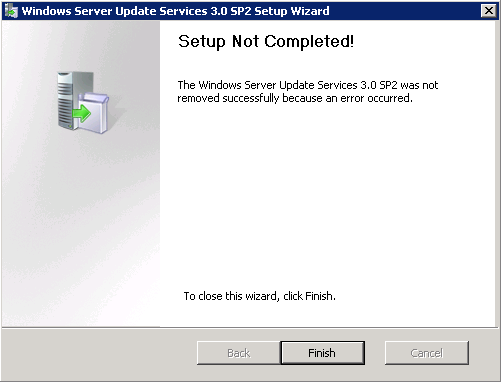 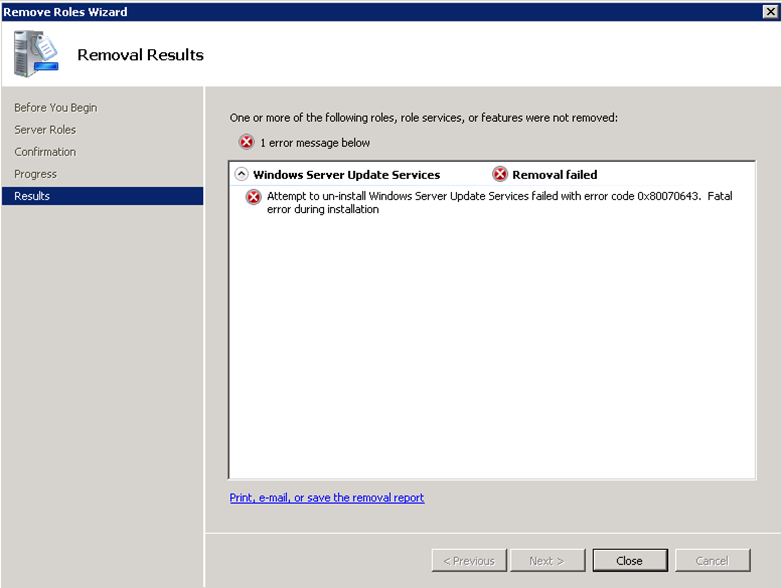 These uninstall errors were being caused because the SQL database no longer exists.  To remove a WSUS server which is missing its SQL database I found that you need to modify the following registry key:
HKLM\Software\Microsoft\Update Services\Server\Setup
DWORD: wYukonInstalled
Set the decimal value to 0

Repeat the uninstall process (make sure you select not to remove the SQL database) as part of the uninstall and it will complete successfully.

After performing the uninstall, a simple server reboot was required before I re-installed WSUS using Windows Server 2008 Server Manager.
Posted by Clint Boessen at 7:11 AM