This post relates to the new Windows Server 2012 Failover technology.  I was diagnosing DHCP Issues at a customer when I was required to remove my DHCP scopes from failover configuration then re-add them.  After attempting to re-add the scopes I received the following error. 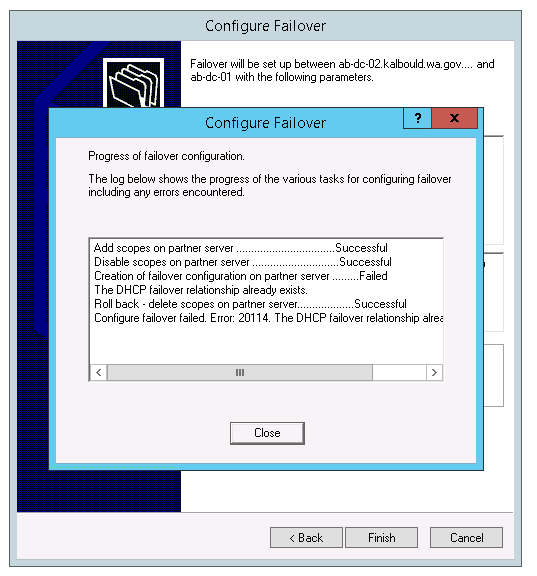 Despite removing the scopes from DHCP failover the partner server still believes the DHCP failover relationship was in existence. 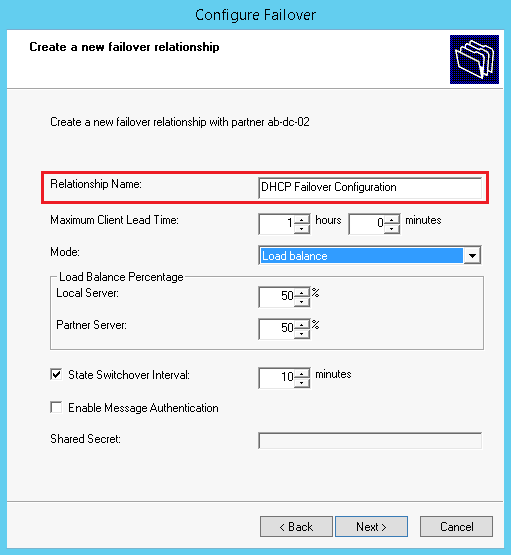 Posted by Clint Boessen at 8:01 PM