Error 806: The VPN connection between your computer and the VPN server could not be completed.  The most common cause for this failure is at least one Internet device (for example, a firewall or router) between your computer and the VPN server is not configured to allow Generic Routing Encapsulation (GRE) protocol packets.  If the problem persists, contact your network administrator or Internet Service Provider. 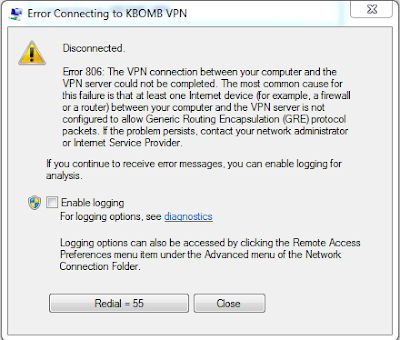 Belkin has resolved this issue in the latest version of their firmware which is version 1.00.23.

Login to your Belkin router web interface and click Firmware Update under Utilities.  Under Firmware Version if it says anything below 1.00.23 you will be unable to create a PPTP VPN connection through the router. 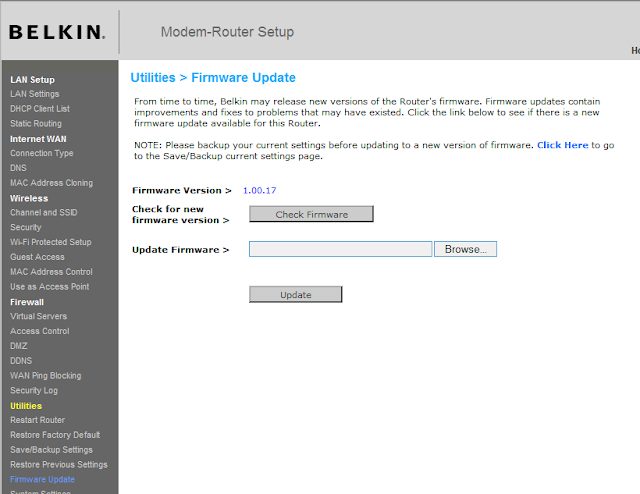 Download the latest version of the Belkin firmware from teh following location:

For a full list of fixes under Firmware version 1.00.23 please see: