I had a customer today in which whenever they right clicked on My Computer, Folders or Files on Windows 7 the entire explorer process would hang.  After diagnosing this issue it turned out that a bad User Shell Extension was to blame.

User Shell Extensions are the options which are presented in the drop down menu whenever a user right clicks on an item.  The User Shell Extension which was to blame in this case was the Symantec Endpoint Protection.cloud extension as shown in the following screenshot. 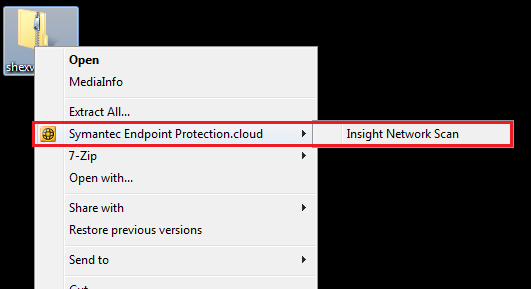 When users right click on objects, explorer hangs for approximately 10 seconds with the little blue Windows 7 thinking circle spinning around and around.

To disable this Shell Extension I used a tool called ShellExView v1.86 from NirSoft.  This tool can be downloaded from the following website:

Simply right click on the bad shell extension and select Disabled in the ShellExView program.  The Symantec Shell Extension for Symantec Endpoint Protection.cloud was called IEContextMenu as shown in the following screenshot. 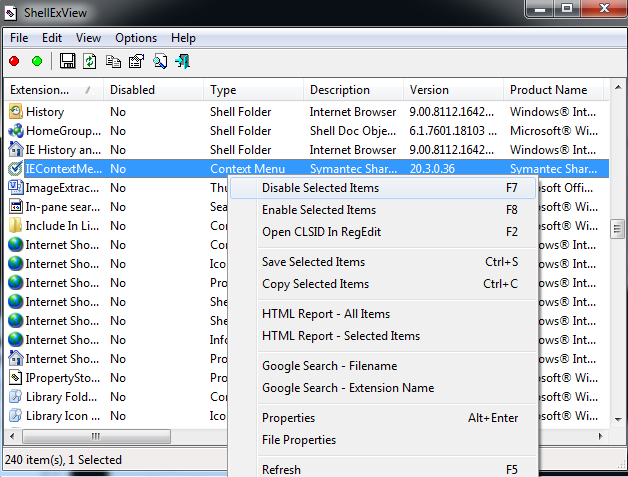 So Clint I have the same issue as you but I'm not using Symantec Endpoint Protection.cloud, how do I find out what is causing the problem?

Once you have done this reboot your computer.  Now slowly enable one extension at a time following by a reboot after each extension until you find the one which is problematic.

Please note whilst recommended, you do not need to use the ShellExView application.  Shell Extensions can be removed through manual editing of the registry.  If you would like to solve your issue through manual registry key changes, please view the following Microsoft article.

http://msdn.microsoft.com/en-us/library/windows/desktop/cc144110.aspx
Posted by Clint Boessen at 2:23 AM