How to install PST Capture Agent on Windows XP

Microsoft Exchange PST Capture Agent Setup Wizard ended prematurely because of an error.  Your system has not been modified.  To install this program at a later time, run Setup Wizard again.  Click the Finish button to exit the Setup Wizard. 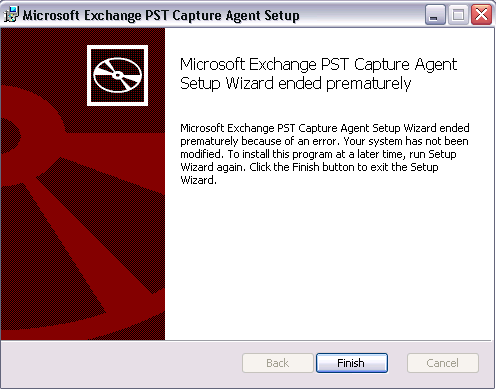 https://sites.google.com/site/cbblogspotfiles/PSTCaptureAgent_x86.zip
Posted by Clint Boessen at 1:06 AM