The SMTP availability of the Receive connector Default was low

In Exchange 2013 CU9 you may start seeing the following error message more often. 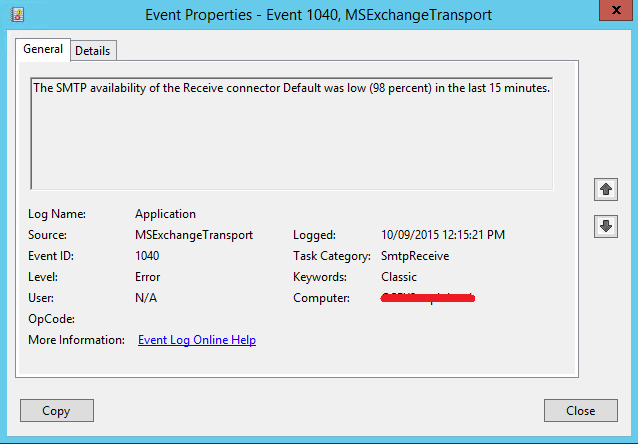 This is due to a new Transport Agent introduced by CU9 called the System Probe Drop Smtp Agent - undocumented, but apparently responsible for dropping probe emails - which does not "drop the email" in a traditional sense, but removes all email recipients instead. Alas, this method of stopping an email from getting delivered has an adverse effect, namely the email still gets passed down the pipeline, but now with the recipient information destroyed.

This results in the email delivery failing only for the System Mailbox "probe drop" emails as shown in the following screenshot. 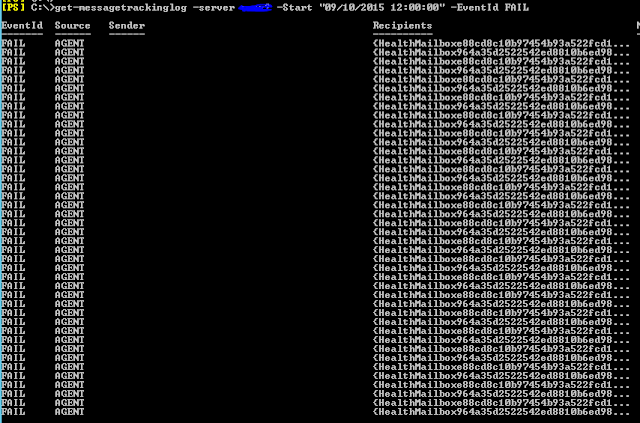 As a result, Event ID 1040 for the MSExchangeTransport service is logged saying that a small percentage of emails are failing.  These are generally the probe messages from Exchange 2013 CU9.

I do recommend you run the above Get-MessageTrackingLog command with an EventId of FAIL to determine that there is no other emails which have failed.
Posted by Clint Boessen at 11:16 PM