Today I had an issue with a Windows 7 Enterprise laptop on my domain failing to successfully create a Direct Access connection to my Windows Server 2012 R2 server.  The error raised on the HTTPSTunnel interface was 0x643 with a status of IPHTTPS interface creation failure.

Also in Device Manager, the httpstunnel interface had a yellow explanation mark.

This problem can be caused by a few things, one of the most common causes is the DisabledComponents DWORD not being set to 0 which in effect disables IPv6 which is required by Direct Access.  Check this under the following registry key:

Note: If this registry key does not exist, it is the same as having it being set to 0. 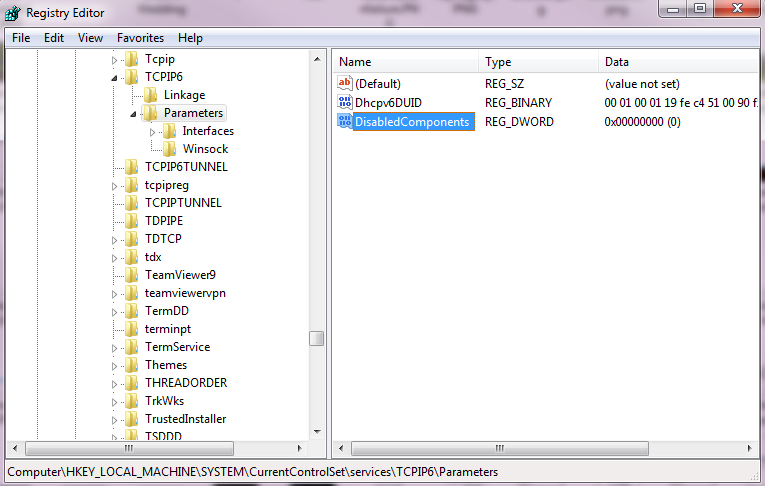 Another issue which can cause this error is when the computer looses its trust with the computer account object in Active Directory.  When you bring the computer in and plug it into the internal network, you will see one of these two errors:

The trust relationship between this workstation and the primary domain failed.

The security database on the server does not have a computer account for this workstation trust relationship.

Simply re-join the computer to the Active Directory domain and this will resolve the Direct Access error IPHTTPS interface creation failed 0x643.
Posted by Clint Boessen at 10:52 PM