Unable to Delete Emails on Exchange 2010 Sent from Scanner

A customer of mine running Exchange 2010 SP3 with no Update Rollups had an issue where users were unable to delete emails sent from a scanner.  The issue was experienced in both Microsoft Outlook and Microsoft Outlook Web App.

The following screenshot shows Exchange 2010 Outlook Web App on Internet Explorer 11 where I have selected a bunch of emails all sent from a scanner at my customers office. 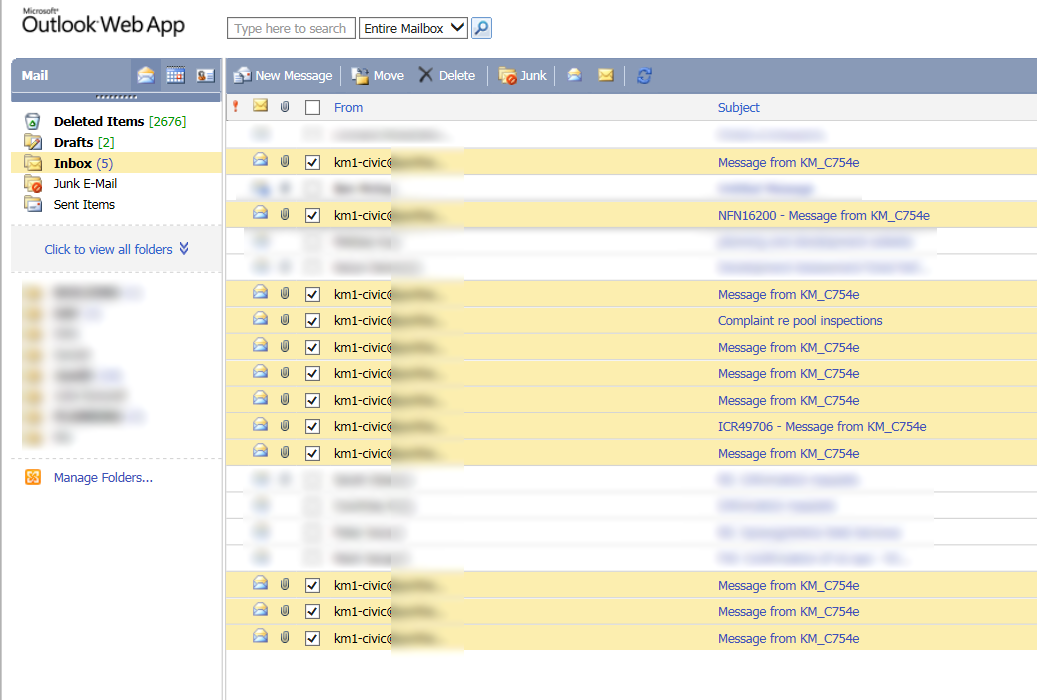 After selecting all emails and selecting the delete button, emails simply did not delete as shown in the following screenshot. 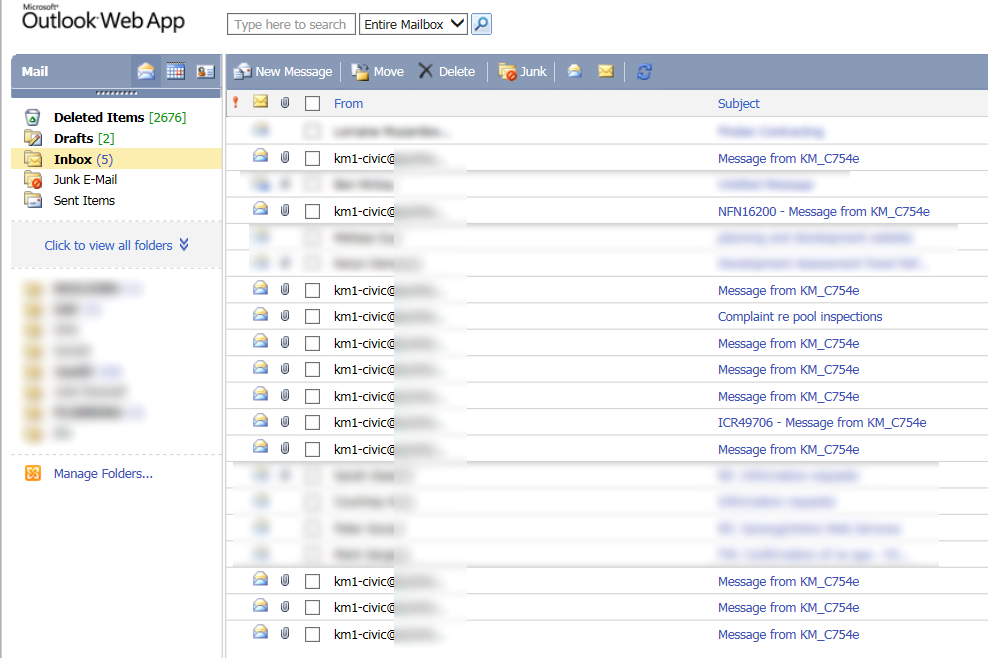 Note: The Outlook Web Access is running OWA Light as Exchange 2010 SP3 Update Rollup 3 is required for the full client to work correctly on Internet Explorer 11.

After investigating I discovered this was caused by a bug in Exchange Server which was first introduced in Exchange 2010 SP2 RU6 and was around until Exchange 2010 SP3.  The bug has been documented on the following Microsoft Knowledge Base article and matches the symptoms of my customer:

http://www.microsoft.com/en-au/download/details.aspx?id=43101
Posted by Clint Boessen at 3:23 AM