I had a problem at a customer where users could not delegate other users access to their Exchange mailbox.  When a user opens up their delegates and clicks Add they cannot see the Global Address List, and hence cannot delegate access. 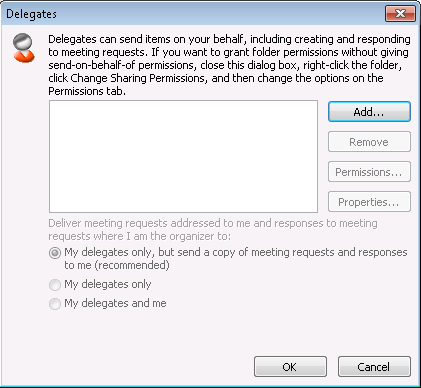 It only showed the All Contacts list, and of course contacts are not accounts and do not have access to network resources so they cannot be used for permission delegation. 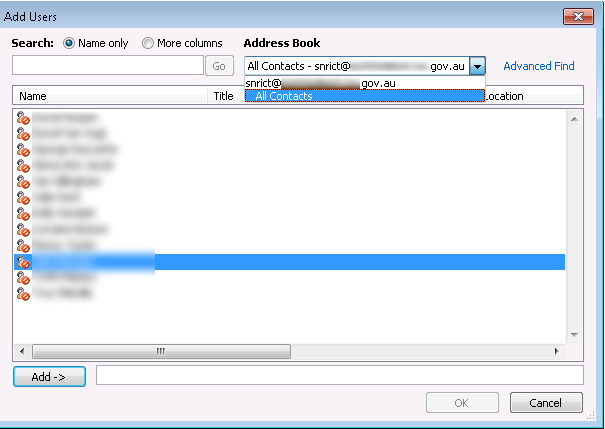 This Exchange environment had just undergone cross-forest migration from an Exchange resource forest so there are a number of quirks which are popping up needing resolution.

After investigating I saw on the Default Offline Address Book that it included the Global Address List and the following "All Contacts" address list. 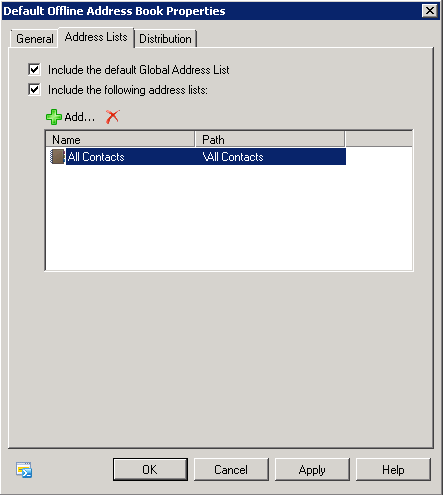 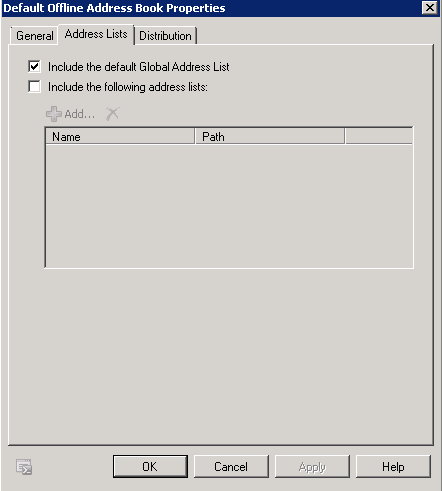 Then forced the OAB to regenerate with:
Get-OfflineAddressBook | Update-OfflineAddressBook
Then redistributed it to the Client Access Servers with:
Update-FileDistributionService CASNAME
For more information on this process refer to:
http://clintboessen.blogspot.com.au/2009/05/how-oab-distribution-works.html

Then re-downloaded the OAB with Outlook 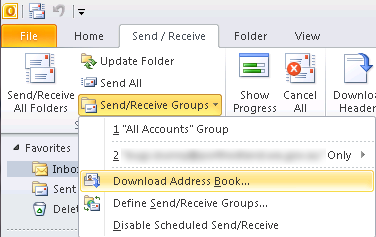 The issue was then fixed: 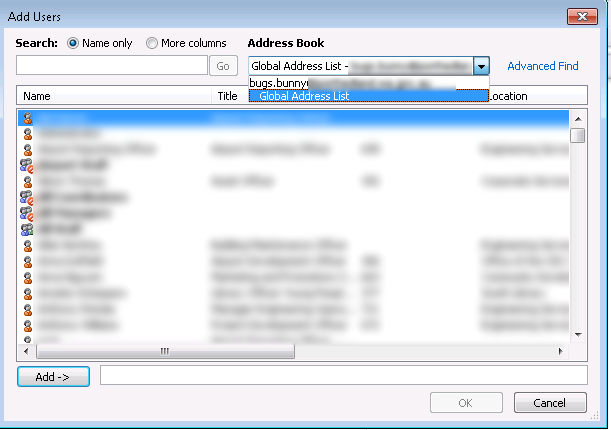 Having an address list defined on the Offline Address Book does not generally cause problems in Outlook with the ability to see the GAL.  I'm not sure what happened in this environment as when I re-added the All Contacts address list I could not reproduce the problem.
Posted by Clint Boessen at 12:25 AM