As a result, after installing AD FS 2.0 it does not appear as enabled in Server Manager roles in Windows Server 2008 R2. 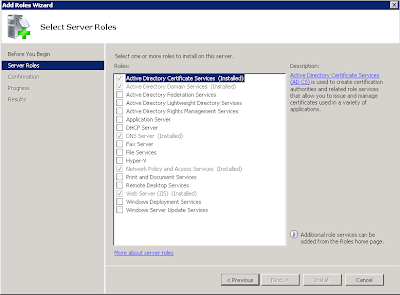 Also it does not appear in remove programs under control panel.

So how do you remove it?

It will now appear int he list for you to remove it. 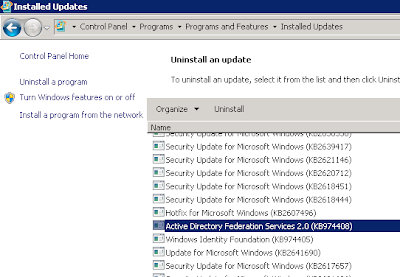 After you uninstall it, you also need to clean up the IIS Web Server role. Ensure IIS is not doing anything else before uninstalling it from Server Manager.

Lastly you have some additional cleanup tasks to perform as documented under http://support.microsoft.com/kb/982813
Posted by Clint Boessen at 8:22 PM