Today I set out to perform a single Exchange 2003 server migration to a new Exchange 2010 server for approximately 200 users. What is a simple task for me had some bumps.

I installed setup my new Exchange 2010 server as a brick level deployment "all roles on one server".

After installation completed successfully I rebooted the server. After the reboot I noticed I could not connect to Exchange 2010 using the console or shell. I checked to see if the powershell virutal directory existed... it did not. 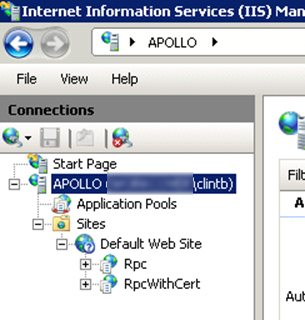 For some reason only the mailbox role installed, even though the wizard said all roles were installed successfully. I went back and ran setup.exe again. I selected Hub Transport and Mailbox.. went through the install - rebooted. This time all roles existed. Although Exchange 2010 installed, it was unusable.

When I tried to perform powershell commands in the shell as an Exchange organisation administrator I received the following errors:

Opening up Exchange Management Console I received the following error:

To resolve the issue I performed the following steps:

Only when installing in this order was I able to resolve the issue. Very weird, this is the only time I have experianced this behaviour.
Posted by Clint Boessen at 1:49 AM